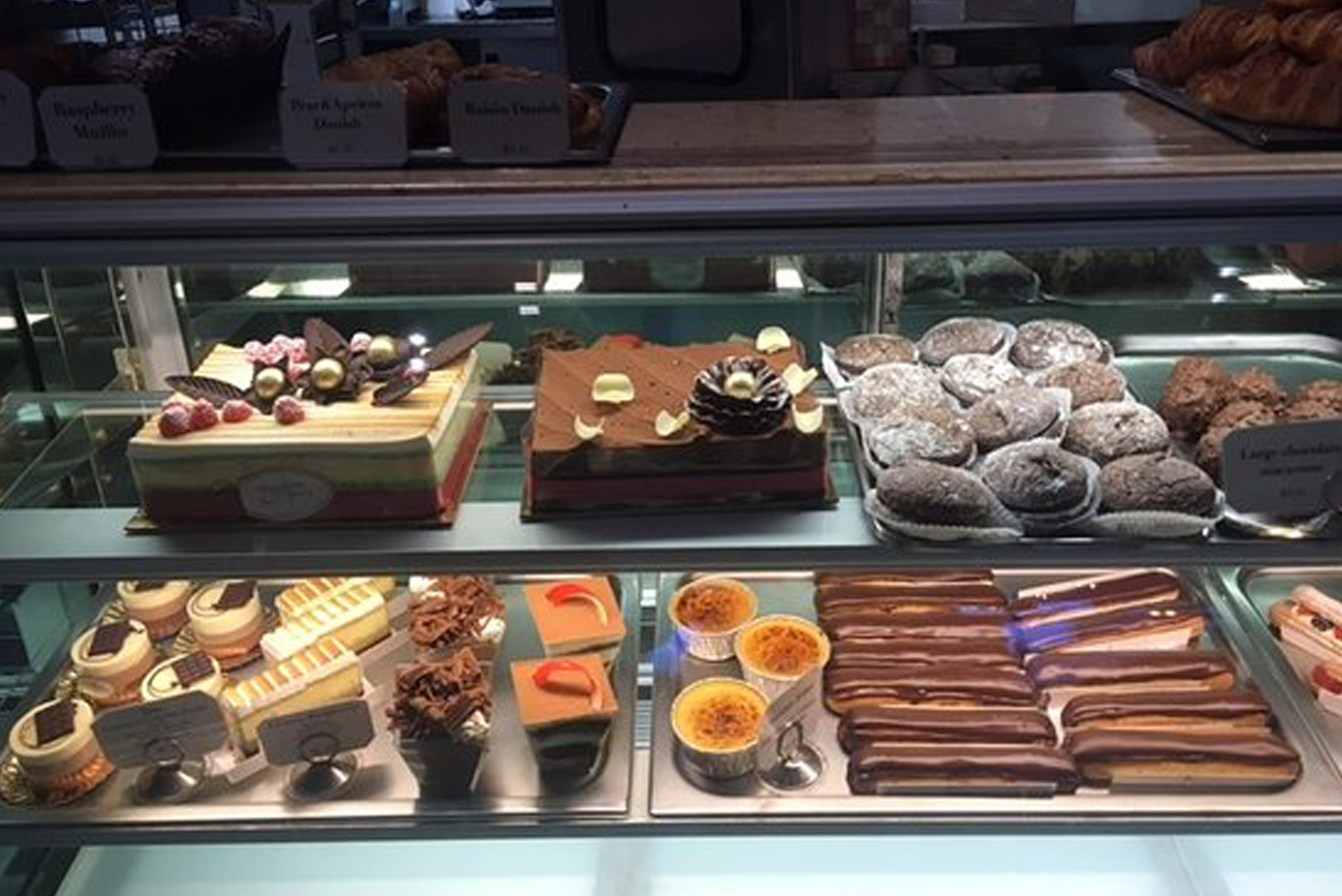 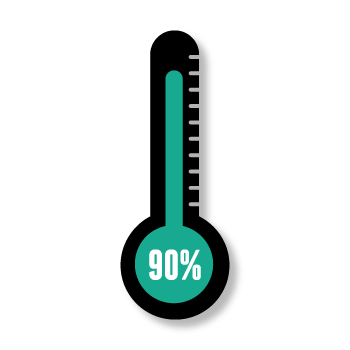 My mother grew up in a large apartment on Rue Ismail Pasha in the Cairo suburb of Heliopolis. Some time after the 1952 officers’ revolution which overthrew King Faruk and brought Gammel Abdel Nasser to power, the street was renamed Rue Bagdad. Streets often change names in the Levant, depending on how the political winds blow.

The apartment was well situated. There was a stop for Cairo’s above ground metro only a few metres from the house. There was a florist on the ground floor. The Kashmir Cinema, which showed movies in Arabic, was walking distance, and the open-air Normandy Cinema, which had American and Italian films graced with both Arabic and French subtitles, was only one stop away. The fruit store and butcher were around the corner, and what food you could not get sometimes came to you on the street. This was primarily ful medames, the fava beans which were the staple of Egyptian cuisine and culture, which would arrive, by horse- pulled cart, in a huge copper pot every morning at 7.

But the crown jewel of the neighborhood was across the street. It was a French bakery, a patisserie, owned by a Greek family. It was called, if you can believe, Home Made Cake.

Now Cairo in those days was not only an ancient city with a storied past but was also the epitome of what we now refer to as a melting pot. Arabs, Greeks, French, Armenians, Brits, Copts, Turks, and Jews represented but a handful of the nations which filled the city streets. That melting pot was accompanied by all the respective languages - including English. But when my family spoke about Home Made Cake, I could not fathom a place with such a generic English name. Instead, I heard it in Arabic -

My Tante Nandi, who lived down the road on Boutros Basha Gali, became misty eyed when talking about it. This from a woman who was famous for her own desserts. Her baklava and konafa were a thing of legend in our family.

“Ronnie,” she would say, “your mother lived across from heaven. You can’t believe how good the pastries were at Om Met Kek.”

Pronounced very quickly. With no pause between each word. As if it were only one word. It sounded like all the other Arabic names and expressions. I mean, in what world would there be a French patisserie in Cairo called Home Made Cake? I don’t speak Arabic. I have learned a few words and phrases. I was pretty sure that Om meant mother. I just thought it was someone’s name. Like the Swiss baker Groppi whose famed cafe with the eponymous name was the place to be seen for the pashas, beys, and doyens of Cairene society.

My father lived in north Heliopolis. My uncle Henri, my mother’s brother, was his best friend. Every Sunday morning he would come for breakfast, and every Sunday he would stop at Home Made Cake before going back home in order to pick up pastries for his own family.

My mother came from a family of seven brothers and sisters. All but one, my Tante Gracia, who moved to Brazil, eventually landed in Montreal, Canada after being effectively thrown out of Egypt after the 1956 Suez Crisis. Although neither of my grandmothers, both of whom made the Atlantic crossing with their children, ever learned a single word of English, my father, mother, and all my aunts and uncles spoke it very well. My Tante Lilliane even worked as a French/English translator. My Tante Odette, who says she was so bad at math that she didn’t qualify for the more academically rigorous Lycée Français, went to an Anglo/Arabic school. Tante Nandi became a bank manager and had to be proficient in French and English. Both my father and uncle Henri went to university and learned in English and Arabic. Although accented, they spoke English very well, with a rich vocabulary and proper grammar. I might be belaboring the point but I just want to make it clear they all spoke English very well.

But every time they spoke about the patisserie on rue Ismaili Pasha I never, not once, heard the words Home Made Cake.

Of all the food my family was nostalgic about after leaving Egypt, the one they missed the most was not Egyptian at all. It was from Home Made Cake. And while they insist that everything in the store, which even had a convenient take out window, was absolutely delicious, the piece de resistance was the éclair. The only debate was if they preferred the chocolate or the coffee flavored filling. My Uncle Henri claimed they were the best eclairs in the world. His proclamations, delivered as if sermons from the mount, would often be a source of amusement for my father. But in this case, my father was a disciple. They were the best eclairs he had ever had. No éclair, not even the Duke de Gasgogne French bakery, could match those from their beloved Heliopolis patisserie.

To hear them tell it, the marvel of the éclair was not only the pastry and the filling - it was the size. The éclairs, they said, were huge. I was pretty sure it was a fisherman’s tale rolled up in dough - the eclairs became bigger as each year went by.

“We used to cut them in three,” my mother told me more than once.

I remember bringing a box of éclairs to the Egyptian poker group at the Hemispheres in Hallandale, Florida. They were, to be fair, from Publix, but they looked good. They thanked me for my gift but not as effusively as I had hoped. Only Tico had the guts to speak his mind.

“Ronnie,” he said, “you need to understand. We ate éclairs from Om Met Kek. These are like a kick in the balls.”

I had gone 60 years thinking that was what it was called and would have happily, inchaalah, gone another 60. And I would have were it not for a conversation I had with Tonto.

Tonto, in this case not the Lone Ranger’s side kick, but the nickname my niece Danna has anointed to my Tante Odette. A nickname which the entire family has adopted. I called her to see how she was doing.

As usual she answered “Zay el zift merci,” which means I am shit, thanks.

Which, as I said, is her default answer but this time she could lay some legitimate claim. She was recovering from her second broken hip and was cooped up in her apartment because of the pandemic. Her only guest was her son, my cousin, Morris, who brought her food and took her on short outings. So desperate was he to find her entertainment that he had taken to reading her some of my stories. Morris said I had gotten some good laughs, but instead of a compliment I got a complaint. Why did I not write more stories about Heliopolis and their lives in Egypt? I promised I would in my next book. I would even write about the great chocolate éclairs at Om Met Kek.

And she said “What?”

And she said “De quoi tu parles?” What are you talking about?

And I said “The bakery across the street.”

And she said. As clear as day. She said “Home Made Cake.”

I said “Home Made Cake?”

She said “Oui. Home Made Cake.” Again. Clear as day.

I said “I thought it was an Arabic name. Om Met Kek.”

And then she laughed. But good. She couldn’t get a word out she was laughing so hard.

When she could get a word out it was only to say “majnoun,” which is ‘crazy’ in Arabic.

Then she said “Yalla bye,” and hung up.

Ten minutes later the phone rang.
It was my cousin Morris.
“Hey Ron what’s up?”
And I said “Just go ahead and say it.”

“Say what?” He replied innocently.

“Just get it over with.”

“Ok,” he said, “now listen closely. I am going to say it slowly:
Home

And I said “I would kill for a chocolate éclair.” And he said “Yeah, me too.” 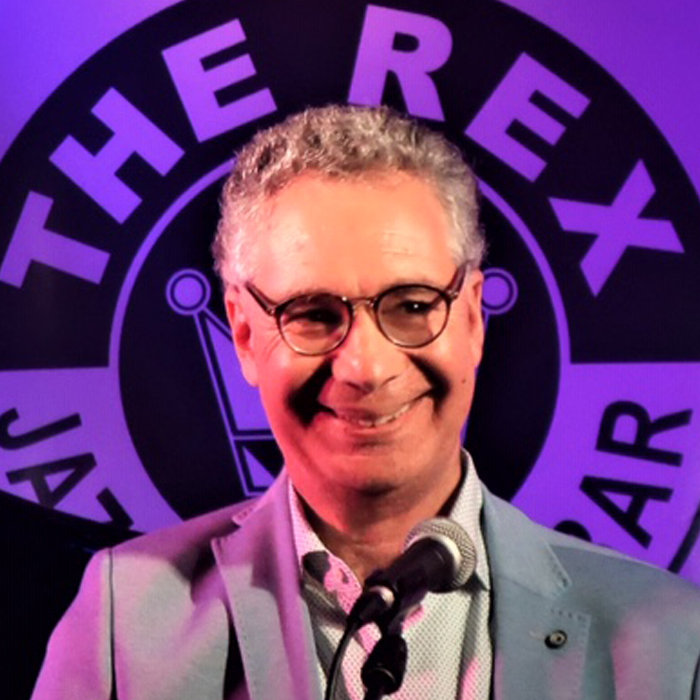 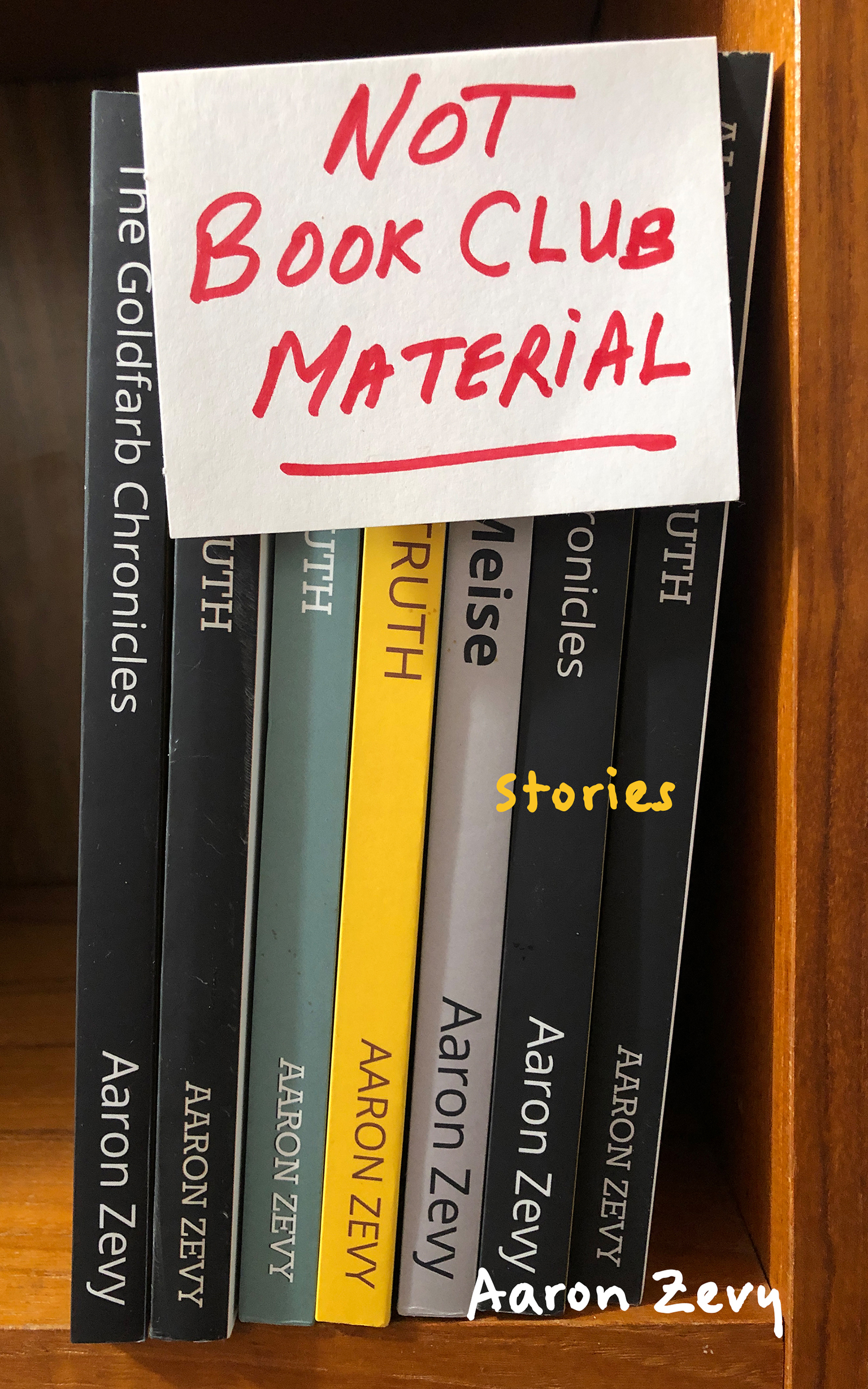 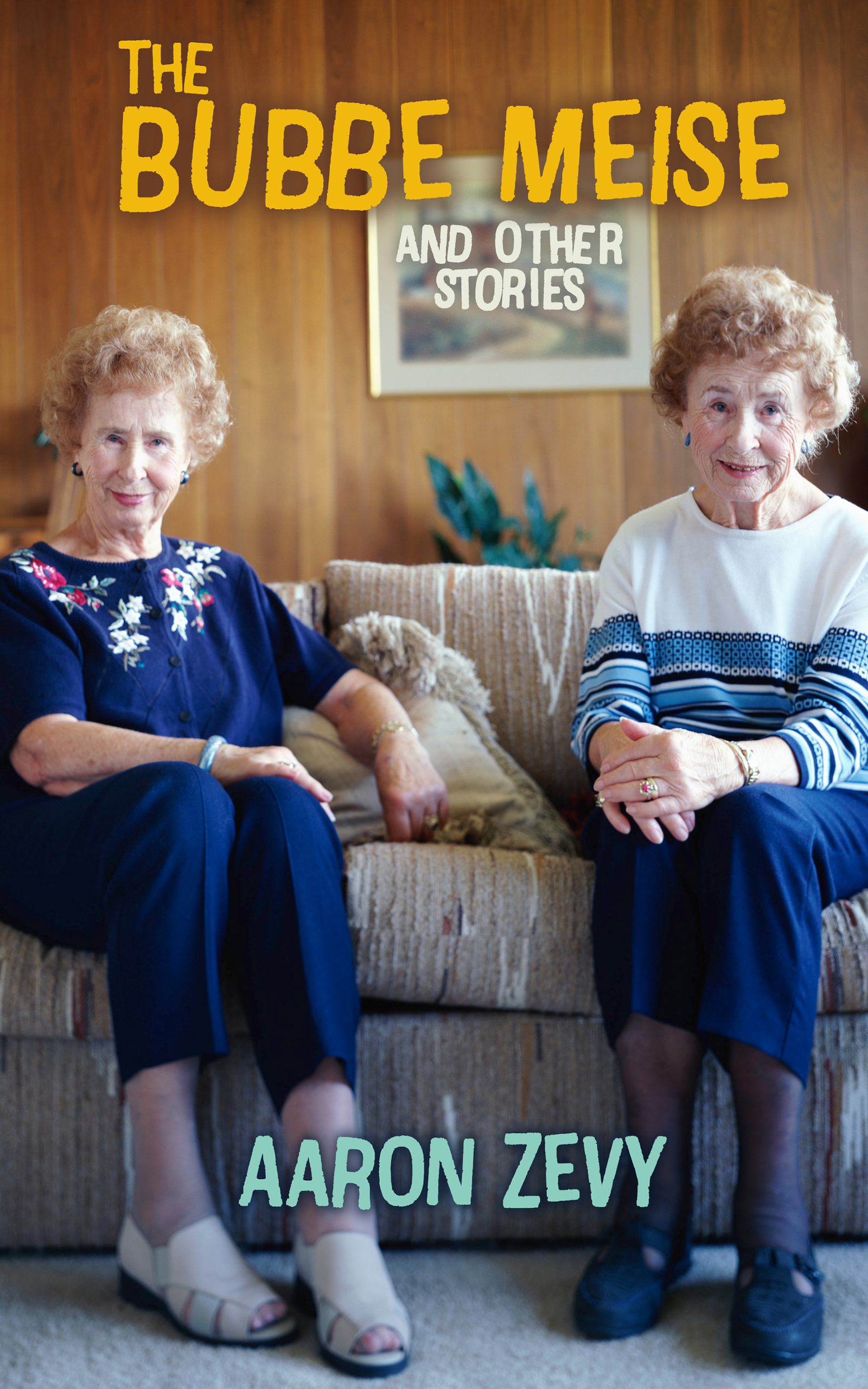 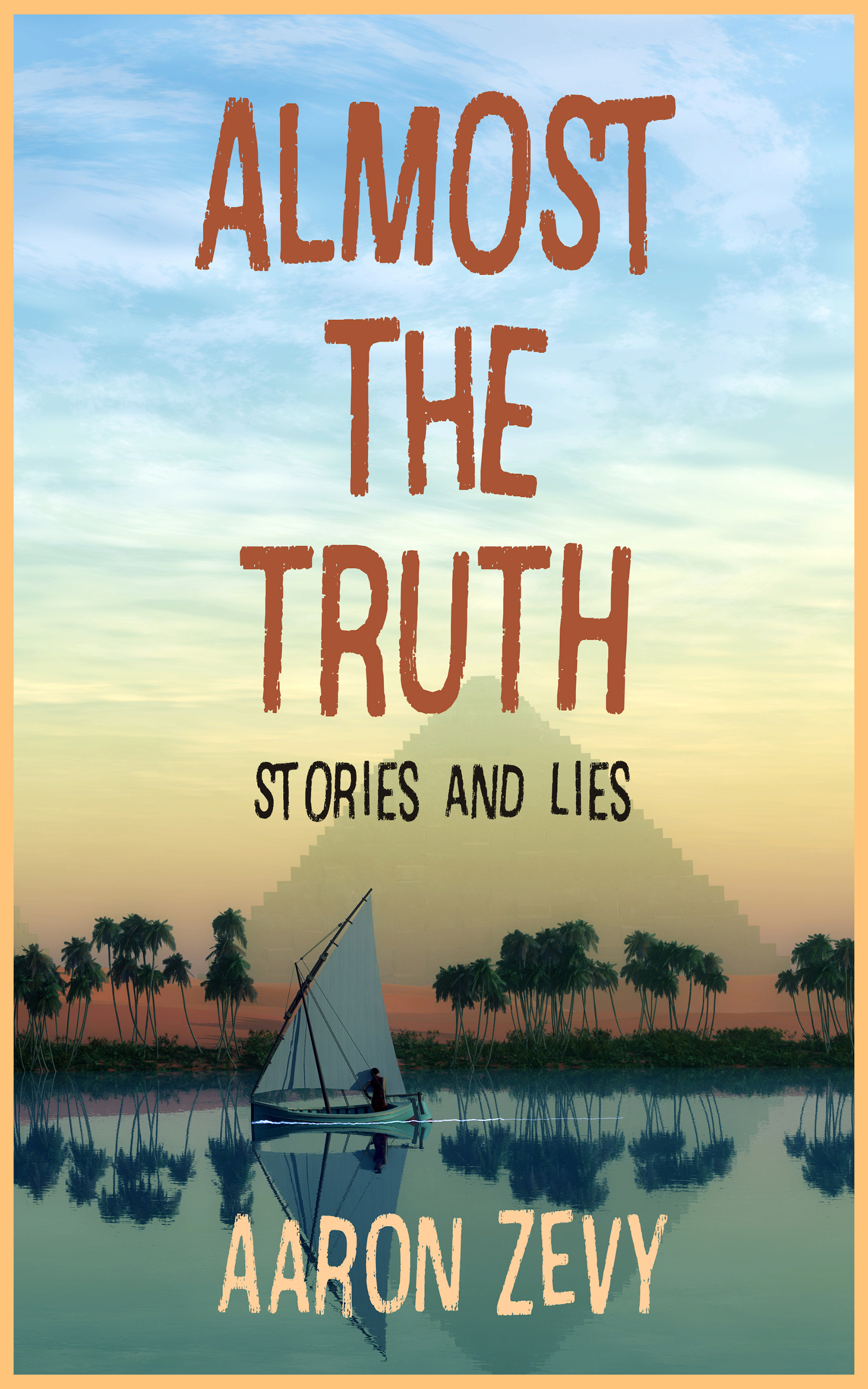